I imagine a long weekend here would consist of me skipping down the road in a French dress singing “Bonjour! Good Day!” And then a baker would stick his head out of one of those adorable flower-lined windows with a baguette in his hand. Obviously, I would be welcomed inside with hors d’oeuvres while the song “Be Our Guest” plays in the background.

Colmar, France is rumored to be the inspiration behind the story Beauty and the Beast, and it’s easy to see why.

Colorful half-timber homes and windows dotted with flowers line the cobblestone streets in Old Town. Add in a few whimsical fountains, the river with romantic bridges and dreamy canals, and you’re basically inside a storybook.

As one of the best-preserved towns in Europe, some say that it wasn’t bombed in World War II because it was too beautiful. I believe it.

While located in France, you may hear locals speaking German and the closest airport is actually in Basel, Switzerland. There are direct trains from both Basel and Strasbourg.

Located in the region of Alsace, there’s much to explore in the countryside and lots of wine to taste. (It’s known for some of the most celebrated dry Rieslings in the world). It seems fitting to pair this fairytale with a stay at one of the Relais & Chateaux properties, just as I would pair my wine with a kugelhopf

-Beauty and the Beast

While I’d tend to agree, something tells me Colmar is beautiful inside and out. Ma Chérie, I’ll have to see for myself! 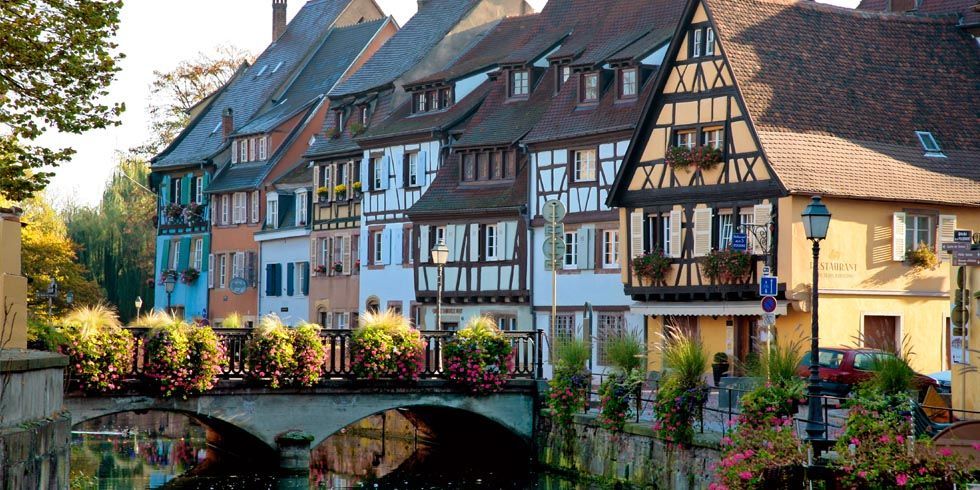